Miriam Udel is Judith London Evans Director of the Tam Institute of Jewish Studies and associate professor of Yiddish language, literature, and culture at Emory University, where she studies the Jewish encounter with modernity. She holds an AB in Near Eastern Languages and Civilizations and a PhD in Comparative Literature, both from Harvard University.

Her academic research interests include 20th-century Yiddish literature and culture, Jewish children’s literature, American-Jewish literature, and genre studies. In Honey on the Page (NYU Press, October 2020), Udel delivers to students of Jewish history and literary culture a rich resource of nearly fifty Yiddish stories and poems from around the globe, most of them appearing for the first time in English translation. The collection offers Jewish families, educators, and librarians a treasure trove of Yiddish tales for children of all ages that will illuminate their religious, cultural, and ethical heritage. She views the project as a convergence of her work as a researcher, language teacher, and mother—reclaiming and surfacing a textual legacy that she is enthusiastic about sharing with her students and her own children as well as other curious readers.

Udel is also the author of Never Better!: The Modern Jewish Picaresque (University of Michigan Press, 2016), winner of the 2017 National Jewish Book Award in Modern Jewish Thought and Experience. She is currently working, as an NEH Public Scholar, on a critical study of Yiddish children’s literature that will serve as a companion to Honey on the Page.

Udel was ordained in 2019 as part of the first cohort of the Executive Ordination Track at Yeshivat Maharat, a program designed to bring qualified mid-career women into the Orthodox rabbinate. In the Jewish community, she enjoys teaching about narrative midrash and medieval biblical interpretation as well as Yiddish culture. With grace and imagination, she stages meaningful textual encounters between classical and modern Jewish literary sources. She uses “darshanit” (interpreter) as her rabbinic title, both as a descriptor of her contribution and in recognition of such historical figures as Rivka bas Me’ir Tiktiner, the first woman known to have published a book in Yiddish, identified as “harabanit vehadarshanit.”

Udel is mother to three sons. Her husband, dance partner, and sharpest and most tender interlocutor is Dr. Adam Zachary Newton. 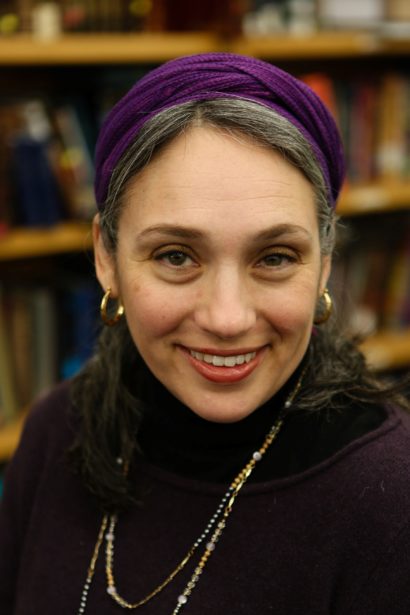